The Role of Social Media in Today's Politics

OUR SPEAKER:  Melanie Morgan will be joining us with a discussion about the role that social media plays in politics and how we should leverage it to our advantage. Melanie was born in Missouri 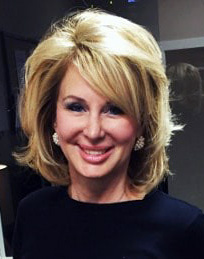 and attended Lindenwood University before moving to the West Coast. Her journalism career started in 1983 when she reported about the Beirut Marine Barracks Bombing that left 241 Marines dead. And while she has covered events in locales such as Mexico, China and Iraq, her main focus is in the US and in the Bay Area.

She was a radio and TV news reporter in the Bay Area for over a quarter of a century having been on the air at KGO for 12 years followed by 14 years at KSFO before budget cuts forced her out ten years ago, yet her voice is immediately recognizable, and she is still best known for co-hosting the ‘Morning Show’ with Lee Rodgers.

Melanie was instrumental in starting the recall of Governor Gray Davis which led to the 2003 California Gubernatorial Recall Election and resulted in Arnold Schwarzenegger replacing Gray Davis. A year later, in 2004, she was one of three founders, and is now the Chairman of, Move America Forward - MAF, a political advocacy group supporting our military and US soldiers in Iraq. Leading a ‘Heroes for the Holidays’ campaign she rallied support and delivered over 100,000 Christmas cards to troops in Iraq that same year. With the start of MAF’s annual star-studded Troopathons in 2008, supported by Rush Limbaugh, Sean Hannity, Mark Levin just to name a few, Melanie succeeded in raising over $1m for US soldiers and Iraqi children. These successes didn’t go unnoticed and in 2014 and 2015 Move America Forward was named ‘Top-rated Nonprofit’ by ‘Great Nonprofits’. In 2016, a new partnership with the Wounded Warrior Project was started to send care packages to troops overseas to show support for those who can’t be with their families during the holidays.

During all of this time, Melanie still found time to co-author ‘American Mourning’ in 2006, a book based on the reactions of two families whose sons were best friends in the Army and died two weeks apart in Iraq. Most of us probably remember Cindy Sheehan, an outspoken anti-war activist and mother of Casey, who is compared to Joseph Johnson, who enlists in the military at age 46 following his son Justin’s death.

Currently, Melanie spends more time on social media platforms and forums such as the 100,000+ member strong ‘StopTheScalpings’ group that she co-founded.
Melanie has always been a strong advocate for the American military, conservative values, and is not holding back criticism of liberals, so please join us for lunch to hear what Melanie Morgan believes we should do in the social media arena to further our cause.